When I first started this blog I was intending on blogging regularly about what games I was playing and maybe stream myself playing some games.  But, I don’t really have a great set up and trying to be entertaining to other people is hard. So, the blog became a lot more about art projects – which is still good yeah?  But, since it’s been a long time since I talked about games, and I am a pretty avid gamer and I just started a new game, I figured it would be a good time to blog about it.

In between art projects and finishing up the last few pieces of jewelry for my Flora & Fauna kickstarter’s rewards, I’ve started playing Ark: Survival Evolved.  It is essentially Minecraft with Dinosaurs. I originally started playing on Official Server 438.  My friends and I were getting tired of the odd server politics and threats of being wiped, and decided to start a private server.

But of course, before we could leave the old server we had to get rid of our animals.  Our plan was to hold a fair and give away our fancy animals and things and maybe have some contests. Unfortunately, a tribe called Legacy decided to help us out by wiping all of our animals before we could give them away.  We decided to retaliate by dropping our remaining animals on their base. I didn’t get any video,  because this game has been slowly killing my computer (which is now in the shop being repaired, derp. blogging in style from my husband’s fancy gaming rig~), but I did get a few screenshots. 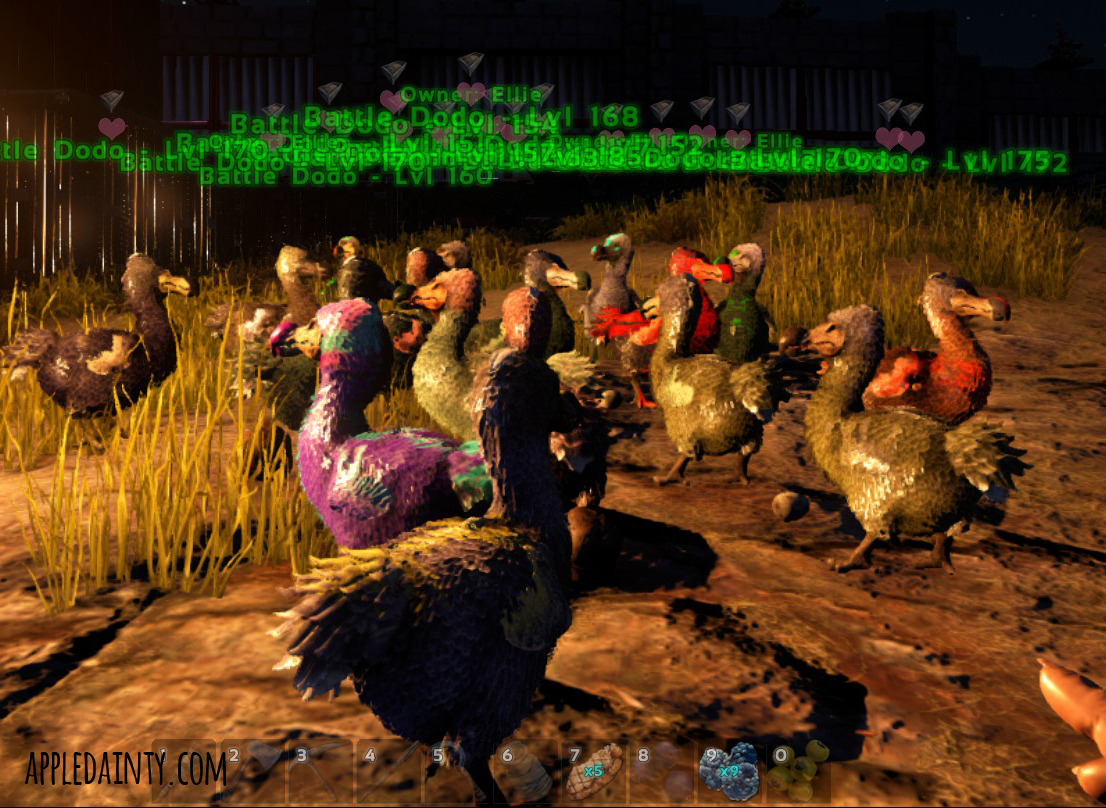 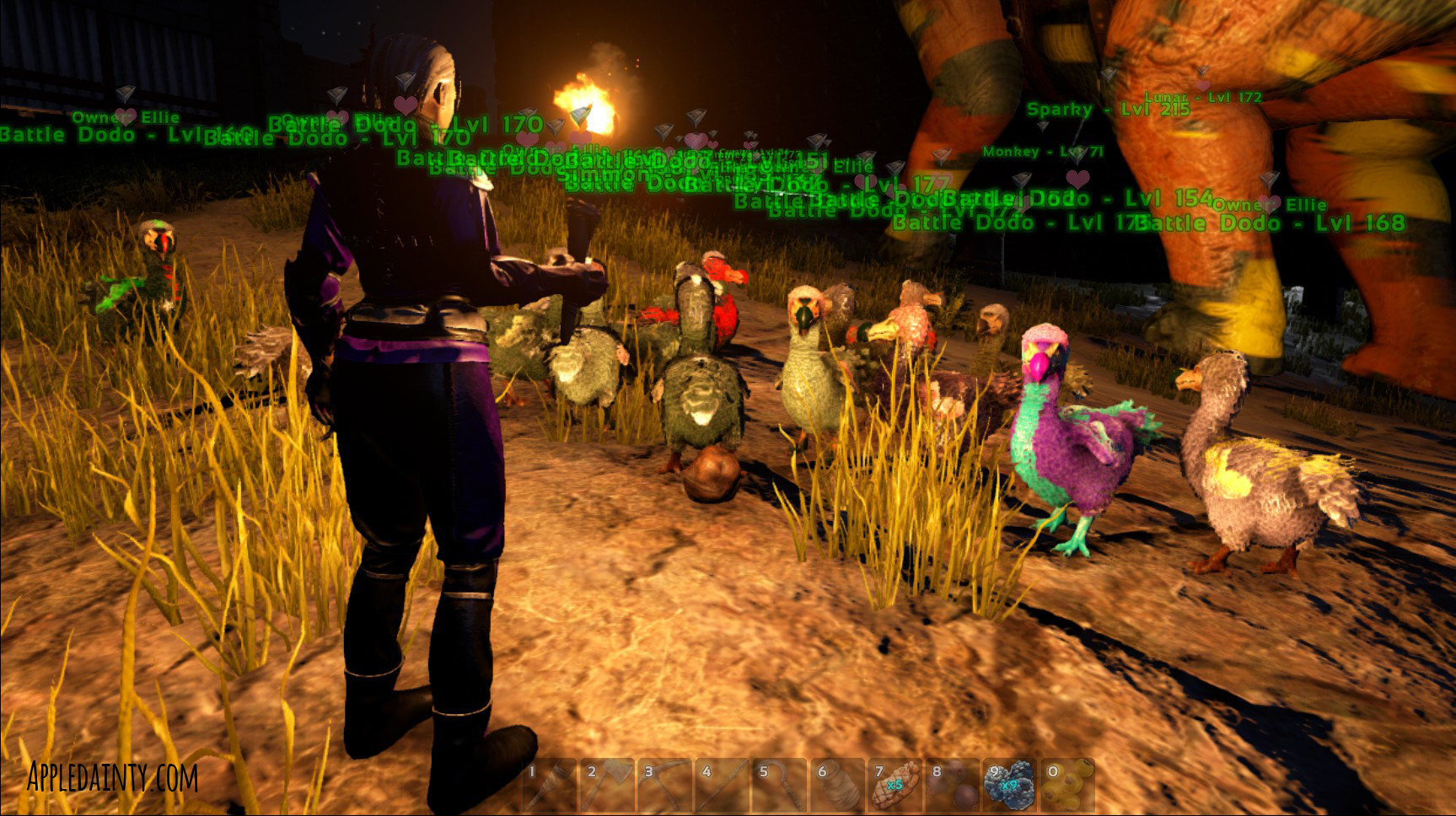 My friend Sai gave the Dodos a war speech. She also painted some of them with hideous war paint. We felt like it just added to the level of ridiculous.  These are all high level dodos as well with 300+ attack. I was hoping that my dodos would get at least one kill, but 300 x 0 is still 0 right? Luckily, my tribemate Drew had the ingenious decided to strap C4 to some of them and explode them whenever the enemy picked them up. I had no idea that this was happening, which just made it more hilarious.
In our final act we loaded covered our brontos with guns and marched into the enemy base to die in a blaze of glory. We were eventually devoured by a Giga, but it was totally worth it and our vengeance was had.

We now have a new home on the Ferocitas server, which you can find more information on here.  It’s a PvPvE server that encourages raiding without griefing, and I’ll be hosting weekly events like a Night Market where people can bring their rafts and sell their goods to each other. That’s all I’ve got for this week, but there’s plenty more to come.