Guild Wars 2 always likes to do it big for the holiday seasons, and this year one of my video game dreams came true with the Mini Dolyak Calf!  I have always wanted a dolyak mini, and during the big Wintersday update they actually added two; one as a reward for WvW (world vs. world) and one for Wintersday. The Wintersday one was a bonus to me, because my personal favorite tonic in the game is the small present laden dolyak that was part of last year’s Wintersday festivities.

On the night of the first annual Wintersday patch, my friends and I of Team Dolyak were running around like mad people gathering Wintersday gift boxes that began randomly appearing all over the place.  We were in WvW of course, and therefore had many fights with other players in order to get the boxes. My friend Yue opened up a present and received a mysterious Toymaker Tonic. At this point none of us had any idea what this did, and Yue was debating whether or not to sell it. He ended up selling it to our partner in crime, Peta for 40 gold – which was quite a bit of gold, actually.  After the trade went through I said “You know it would be great if that turned you into a gift laden dolyak, like the ones that we’ve been escorting.” 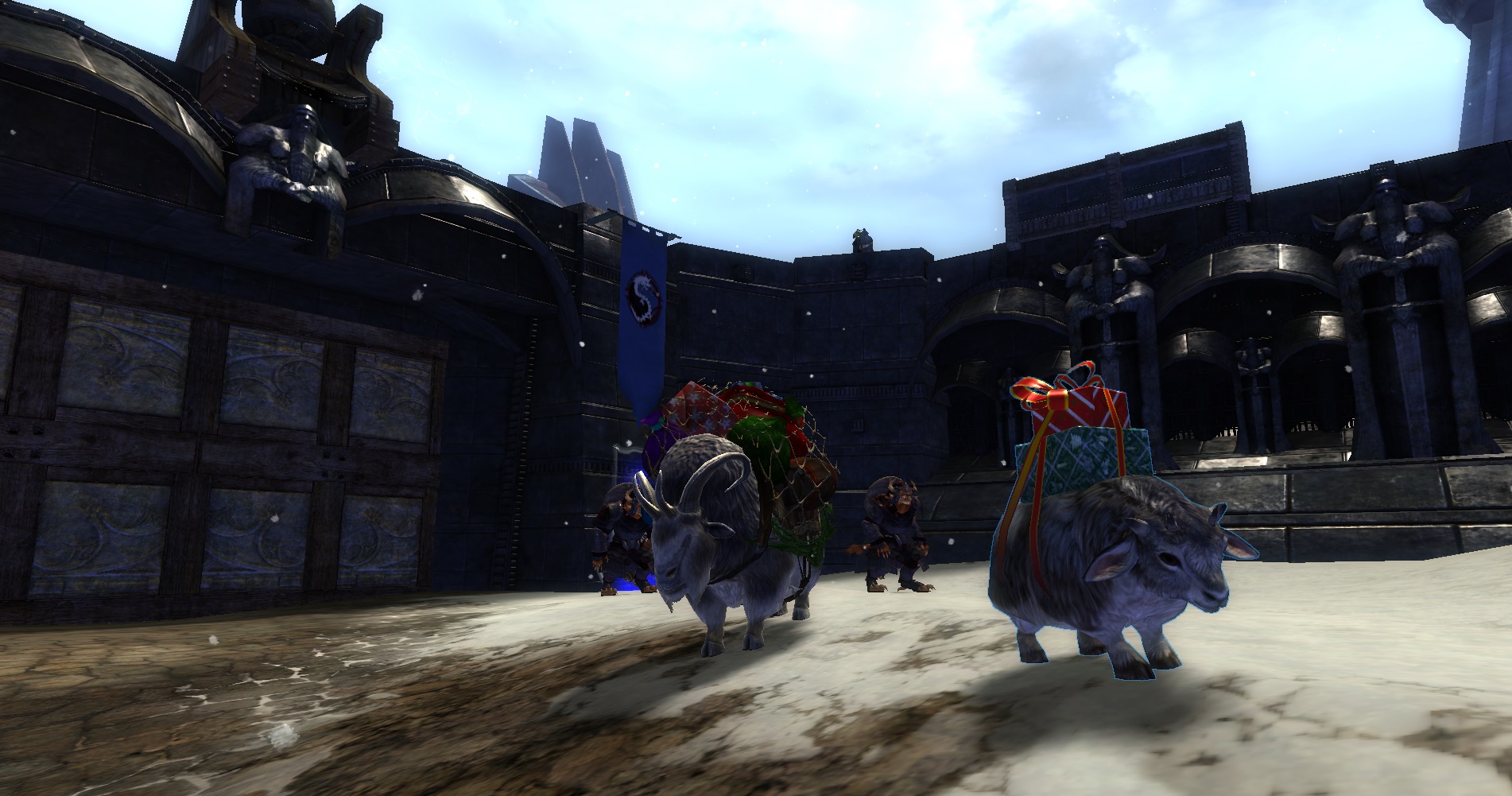 Well, that’s exactly what happened.  Of course, the toymaker tonic will actually turn you randomly into one of the six toys or the dolyak, but they also have a version (which is the one I later purchased because I hated cycling through all the other transforms to get the one I wanted; I am the epitome of laziness) that just turns you into the gift yak.

I did write a short holiday yak song, but I was just too busy to finish the recording for it. The title of the song is “Honk! The Herald Pack Yak Lows.” If you’ve seen any of my other videos, I’m sure you get the idea. Maybe I’ll save it for next year! 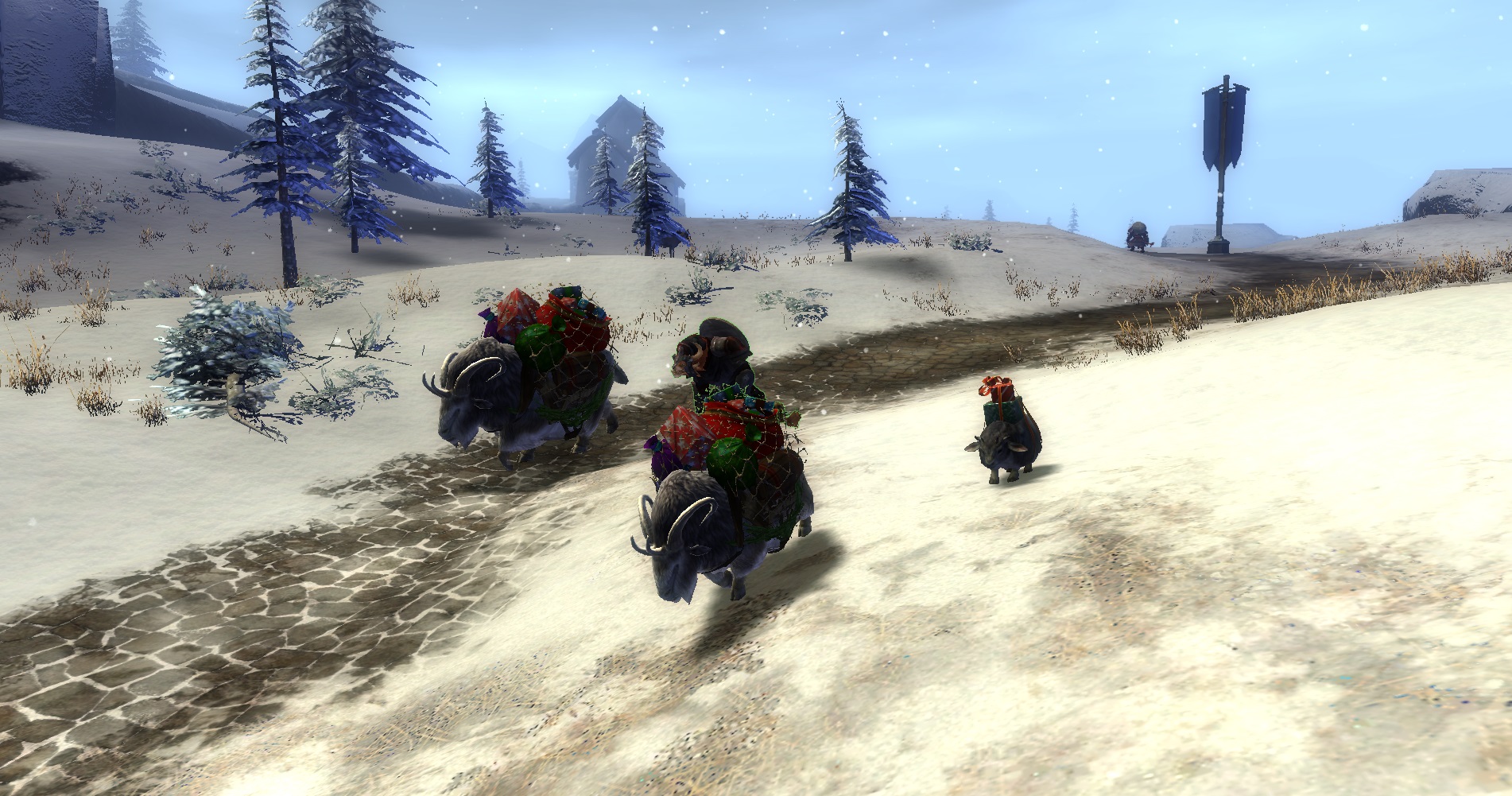